Say hello to the toggle bar. This is an optional section you can use to display any content you'd like. Simply select a page from the theme panel and the content of the page will display here. You can even use the drag and drop builder to create this! This is a perfect place for your company mission statement, alerts, notices or anything else. 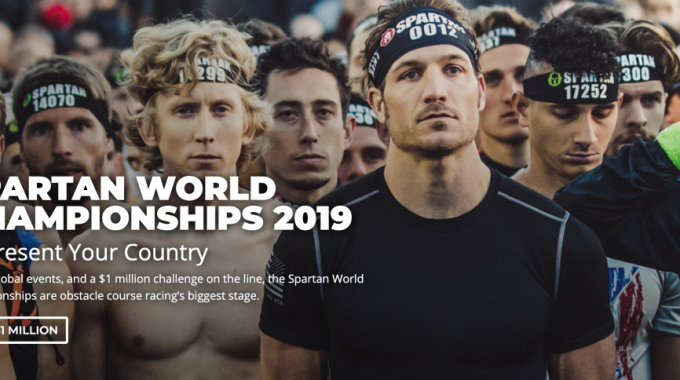 In 2019, Spartan has developed a new points-based system to cash in on Joe D’s new generous prize purse. The payout field is much deeper this year, awarding cash to not only the top 30 Elite athletes but also this will be the first time that cash prizes are also awarded to athletes competing in the gated age group categories. It’s clear that Spartan is looking to bolster the fields for the 3 premier events on their calendar this year.

Now, this excitement aside, the question still remains – Is the $1 million prize achievable?

If you don’t win Tahoe and Sparta Greece, the chance that the answer to that question is “yes”, is minute at best. Ryan Atkins, regarded as one of the premier endurance athletes of our time, won Iceland last year, with just over 80 miles complete in 24 hours.

That distance would have only landed him $1,500 under this new system, regardless of how well he did in the previous 2 events. Jon Albon would have gone home empty-handed in Iceland, failing to make a qualifying distance.

What the athletes are saying:

The best in the sport of OCR are still a bit tenuous about how achievable this million dollar prize truly is:

Ryan Woods: “I’m not the caliber of OCR athlete to contend for the newly announced bonus money but I’m extremely excited to see how this chase for a million plays out.”

Ryan Atkins: “I’ll show up in Sweden ready to run as many miles are my feet will let me, regardless of the prizing structures. Ultimately, our bank accounts will be at the mercy of the course designers who will have the final say in everyone’s mileage.”

Rea Kolbl: “It’s exciting that the new challenge this year allows more flexibility, but whether or not it’s achievable really still depends on the course set up in Sweden which we won’t know ahead of time.”What if there isn’t a winner?

What makes 2019 more interesting for athletes is if someone doesn’t win the million dollar prize, your payout could be even better. Spartan has instituted a backup payout scale, that doubles the payout for athletes who finish in the Top 10. This gives athletes not named Albon, Atkins, Webster or Mericle even more incentive to attend each Championship event.

Spartan says they are inviting all manner of athletes from OCR, swimming, hiking, biking, triathlon, and more to step out onto the Spartan race course. To qualify for events like Tahoe, Sparta Greece, or the Ultra World Championship in Sweden, Spartan athletes will have to jump through some hoops.

How will a non-OCR athlete hope to attend with these hurdles in place? Joe De Sena added the fine print: “We reserve the right to use some wild card slots for athletes outside of our sport.”.

Total is a responsive, drag & drop, flexible multipurpose WordPress theme that is perfect for any website. What's not to love? Get it today!
Buy Now
Copyright 2013 - All Rights Reserved
Back To Top
×